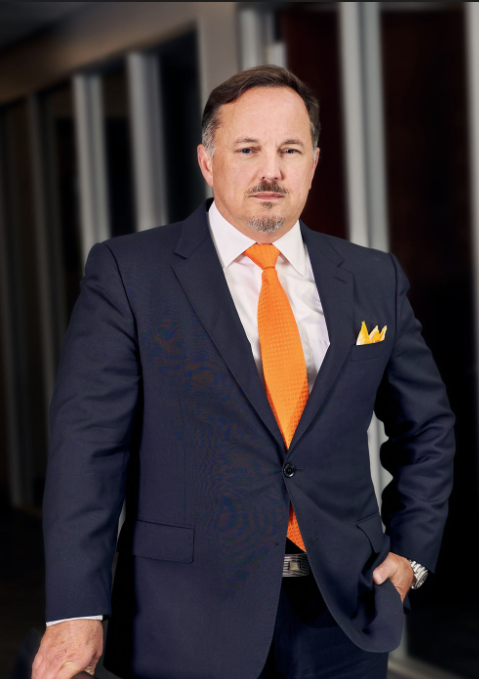 In 2004, Mr. McNelis formed McNelis + Associates, PLLC to provide superior legal services to the construction and real estate development industries. While all members of the firm have extensive commercial litigation and contract drafting experience, Sean McNelis’ construction law career commenced nearly 25 years ago as a law clerk with H.B. Zachry Co.’s in-house legal counsel. In that time he has practiced law in Dallas with the State’s foremost construction law firm of Canterbury, Stuber, Pratt, Elder & Gooch, developed and led the construction law practice team at the State’s second oldest and San Antonio’s largest law firm of Matthews and Branscomb, PC, and left in 2004 to form one of the State’s most experienced and respected boutique law firms providing superior legal services to the construction and real estate professionals.

A large portion of Sean’s practice is dedicated to assisting parties in drafting both simple and extremely complex construction agreements (including negotiated contracts, design-bid-build contracts, design-build contracts, CM@Risk contracts and cost-plus contracts), project management contracts, design contracts, subcontract agreements, supply contracts and purchase orders. From straightforward supply contracts to complex design-build contracts involving multiple parties, phases and funding mechanisms, Mr. McNelis has demonstrated the skill and the expertise needed to craft comprehensive contract documents to help ensure a successful project while protecting the interests of his clients. Mr. McNelis is able to utilize his extensive construction litigation background to provide valuable risk-assessment, management and liability guidance, as well as highly-developed dispute resolution skills and strategic planning, throughout the contracting process. Particular attention is given to minimizing potential disputes on the project by drafting contracts with clear delineations of authority, obligations and risk assumption.

Sean McNelis has served as the president of the Construction Law Section of the San Antonio Bar Association, after serving on its board for over five years. He also served as on the San Antonio Chapter of the Associated General Contractors of America (“AGC”)’s board of directors, and his firm was awarded the AGC Service Provider of the Year award in 2011. Mr. McNelis is active in the Texas and American Bar Associations’ Construction Law Sections, as well as in local construction industry trade associations. Mr. McNelis has conducted numerous seminars for clients and industry professionals regarding legal topics as diverse as perfecting lien and bond claims to risk mitigation in contract drafting, to legislative updates on issues impacting the construction industry.

In 2004, 2005 and 2006, Sean McNelis was named a “Rising Star” by Texas Monthly magazine, and a “Super Lawyer” in construction law 2012, 2103, 2014, 2015 and 2016. This designation is awarded to less than 2% of practicing attorneys within the State of Texas. The San Antonio Business Journal further named Mr. McNelis to its list of “40 Under 40 Rising Stars” in 2005. Mr. McNelis also received the “Outstanding Young Lawyer of the Year” award from the San Antonio Bar Association for his “outstanding professional achievements and community service.” In 2006, 2009, 2010, 2011, 2012, 2013, 2014, 2015 and 2016, he was named as the “Best of San Antonio Lawyers” by Scene in San Antonio magazine for his expertise in construction law and construction litigation. He is a graduate of the San Antonio Chamber of Commerce’s Leadership San Antonio program, Class of XXX, and the North San Antonio Chamber of Commerce’s inaugural Leadership Lab program. In 2007, he was elected to serve as a member of the City Council for the City of Olmos Park.

As part of our firm’s ongoing commitment to our clients to be at the very forefront of changes in the construction industry, Mr. McNelis has achieved the U.S. Green Building Council’s training and accreditation to become LEED Accredited.  By becoming LEED accredited, Mr. McNelis is best prepared to assist you in managing the risks, responsibilities and administrative procedures inherent in commercial and residential projects seeking LEED Certification. Most recently, Mr. McNelis, was distinguished by the State Board of Legal Specialization as being one of the very first lawyers within the state of Texas to become Board Certified as a specialist in Construction Law.