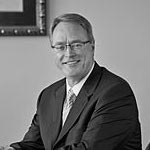 Mr. McSwain’s two decades of experience in construction law includes his service as in-house corporate counsel for Zachry Industrial, Inc. (formerly H.B. Zachry Co.), one of the world’s largest and most respected general contractors, as well as a litigator with two highly-regarded construction law firms.  In addition to holding BA and JD degrees, Mr. McSwain has an MBA from the University of Texas at San Antonio.

Mr. McSwain is an active member of the Construction Law Sections of both the San Antonio and Texas Bar Associations, and is the former chairman of the San Antonio Bar Association’s Construction Law Section.  He remains active within the Associated Builders and the Association of General Contractors (“AGC”).  Mr. McSwain is licensed to practice before all courts in the State of Texas, as well as the United States District Court for the Western District of Texas.